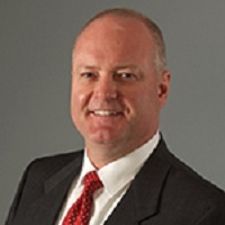 Tim Cavanaugh wrote the commercial research for major fleet companies while at General Motors related to propulsion including Alternate Fuel (diesel, CNG, LPG), Hybrid Electric, Battery Electric, Solar and Hydrogen Fuel Cell.  Tim led technological developments for the Top 1000 major global fleet companies who were customers of General Motors.  Having launched over 30 vehicles, Tim’s focus is on what gives the greatest value proposition story for the customer.  His job has been to write the business cases, get the engineering approvals, develop and test the products, and go to production as quickly as possible. Tim wrote the original requirements to connect the OnStar Module to the Electronic Control Module (ECM) in order to feed vehicle health data onto a web-server and then a smartphone for major fleet customers.  He also wrote the initial requirements for “Hands Free Calling” using Bluetooth and developed and deployed the first WiFi for General Motors.

While at BAE Systems, his hand-picked team of experts developed a Military Grade Cyber Secured Wireless Version of OnStar and used Machine Learning to add Artificial Intelligence with Prognostics and Predictive Maintenance.  Mission readiness was the goal for all land, air and sea vehicles by predicting failure so our servicemen and women are always in a safe and ready vehicle.

Most recently Tim has been working with international companies, OEMs and Tier 1 Suppliers in the development of Electric Vehicles, Connected/Automated/Autonomous Vehicles and the integration of Artificial Intelligence, Machine Learning, HD Mapping, Wireless Cyber Security and the Internet of Things (IoT).  Tim has been instrumental in linking Ireland’s expertise in Artificial Intelligence, and Israel leadership in Cyber Security to the U.S. Auto Industry.  Integrating IoT is seen by Tim to be the future of monetization within the vehicle and estimated by Intel to be a 15 Trillion Dollar Market.

Tim has an MBA from St. Edwards University in Austin, TX, in Finance and Marketing.  He is a sport pilot, a true car guy, avid downhill skier and a tech savvy leader.